FINANCIAL SUPPORT FOR ENVIRONMENTALLY SOUND POLICIES IN POORER COUNTRIES MAKES SENSE FOR EVERYONE. THE CASE OF FIREWOOD, CHARCOAL AND DEFORESTATION.


You tube presentation on this subject available at https://youtu.be/d81oGZzQaQ0

And it’s not just a matter of ethics or moral responsibility.


There is now near universal acceptance that human responsibility for greenhouse gas emissions constitutes possibly the greatest possible economic “externality” of all time, as activities which carry little cost for individual actors will have wider and global consequences that range from the very costly to the potentially catastrophic. Carbon emissions in one place (eg the USA, the UK, or any other country) have a global impact on climate, but, for a variety of reasons, there is currently no consistent or universal way to reflect the resulting climate costs back into individual and national choices and decision making on fuel burning[1].

This commentary will deal with one particular example, that of the use of firewood for cooking in rural societies, and the potential for substitution with rural renewable energy (RRE), to illustrate a wider set of principles that need both to be understood and to govern our discourse, particularly in relation to the value of energy sector development aid. Put simply the massive market failure that sits behind climate change should make such support a matter of vital self-interest for the providers of aid in the global community as well as an important resource for the recipients. Ultimately there can even be a financial pay-off.

Firewood is not always carbon neutral 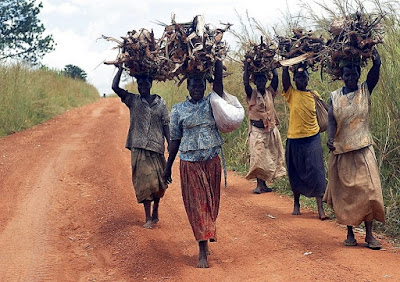 Wood burning is sometimes classed as use of a “biofuel” and regarded as nearly carbon neutral. This may be so, for example, with wood pellet[2] burning at Drax power stations in the UK.  But this neutrality assumes the wood is being harvested in a sustainable way. When the collection of the wood results in deforestation, as is currently the case on a large scale in many parts of the developing world, this biofuel is by no means a sustainable resource. Charcoal or wood burning reduces the carbon store of the forest, and adds substantial incremental CO2 to the atmosphere; this is in addition to any other damaging consequences that it can and often does pose for a local and regional environment (soil degradation, habitat loss, and flooding risk).


Cost benefit analysis has a number of limitations in relation to assessing climate policy questions, not least being the conceptual and ethical difficulty of comparisons across low and high income economies, and a lack of consensus on even an approximate valuation of carbon emissions. This is compounded by the complexity of estimating both actual firewood or charcoal consumption, on the one hand, and multiple additional environmental consequences, on the other. However, it is possible to at least demonstrate the scale of some of the benefits compared to the costs, and in this instance the exercise provides a powerful message.

The first step is to estimate typical use. The World LP Gas Association estimates that cooking with wood requires typical per capita wood consumption of around 400 kg annually, and that this could be substituted by 36 kg of LPG; this is equivalent to about 500 kWh of electricity. Other sources confirm that this level of wood use for cooking is a very credible estimate. The very large weight difference compared to LPG reflects the much lower energy density of wood compared to LPG, the moisture content of wood, the “heat loss” inefficiency of wood burning, and its lack of controllability.

Assuming a 50% carbon content for the wood, the associated per capita CO2 emissions[3] will amount to about 730 kg. On the basis of the equivalence assumed above, 1.0 kWh of renewable electricity can substitute for 0.8 kg of wood and hence eliminate 1.47 kg of CO2 emissions.  Bringing electric cooking to 10 million people would on this analysis reduce CO2 emissions by over 7 million tonnes a year. 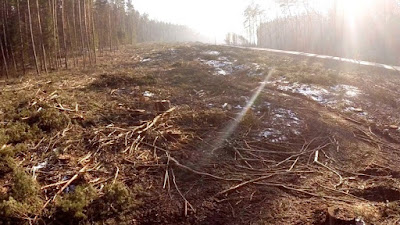 Deforestation in the Amazon. The Weather Channel.
The environmental or climate related cost of emissions, or the value of emissions reduction, is the next element in the calculation. Levels of carbon tax, or carbon prices within “cap and trade” regimes, where they exist, have so far failed to provide market valuations of carbon emissions that provide a realistic reflection of the human and environmental cost associated with climate impacts.[4]  More realistic numbers are presented in some Committee on Climate Change scenarios, usually based on estimates of the prices necessary to induce sufficient low carbon investments to achieve targets, ranging up to $ 100 per tonne or more.

Arguably more realistic estimates also stem from the increasing recognition that globally we shall have to move to a “net zero” world and that this, if achievable at all, will very probably require direct removal of carbon from the atmosphere, an extremely expensive operation. Estimates of the current cost of this operation have been put at around $600 per tonne, although some experts claim this might conceivably be reduced to about $ 200 or less.  If this view of the future is adopted, a conservative estimate of the “true” cost of current emissions might be as high as $ 200 per tonne.  Inevitably this cost burden would have to fall disproportionately on countries most able to pay.

These numbers suggest that, if we take the cost of direct extraction as being between $100 and $ 200 per tonne, then every kWh of electricity used in RRE cooking will ultimately result in the global community having to spend between 14 c and 28 c less on removing carbon from the atmosphere, similar to the kWh retail tariff rate in many developed economies. We compare this with estimates of the unit cost of delivered electricity under RRE schemes, for which the World Bank’s ESMAP estimates that the unit cost could fall to $ 0.22/kWh, or 22 c, by 2030.

Of course, the real world is much more complex than this simple comparison suggests. The marginal cost of low load factor cooking load may be significantly higher than our projected average or unit cost of 22 c/kWh. Much of the benefit could be achieved, possibly more cheaply, with LPG[5]. Other economic, social and local infrastructure issues  will be relevant. RRE is only sustainable with a wider range of uses. And the difficulties inherent in implementing successful RRE programmes should not be understated. On the other hand there are multiple benefits that accrue from RRE in terms of economic development, income generation, health, and the local environment, which have not been enumerated above. And there is evidence that RRE households will themselves be able to pay on tariffs that cover most if not all of the total cost. Firewood collection is not free, not least in terms of the time of women[6] and families who may do most of it; nor is charcoal. So electric cooking can provide a win-win both for global environment and for immediate benefit to RRE communities.

This analysis demonstrates that development aid in the energy sector can, ultimately, come close to paying for itself even from a “selfish” donor perspective, and make a major immediate contribution to reducing carbon emissions. In practice aid funds will usually need to provide only a part of the capital finance and very little of the ongoing costs of RRE. Reducing wood burning and deforestation should be a huge priority, as one of the lower cost ways of meeting global targets and avoiding environmental degradation.
……………………………………………………...


One important additional fact is that the rapidly growing use of charcoal amplifies the problem, as it results in even more emissions and deforestation than firewood. This is in large part a result of urbanisation, where firewood is no longer an option for households.

Brian has also pointed out that it is far cheaper to look at green carbon sinks (e.g. planting trees) or avoiding emissions in the first place (i.e. more renewables quicker). so the economic tradeoff for a green investor isn't as simple as direct air capture vs eliminating firewood.

The counter, though, is that almost all the alternatives are supply limited in one way or another - green carbon sinks are constrained by the availability of land for example. If those constraints are reached then the marginal cost of CO2 removal becomes the most expensive direct extraction technology. It is of course far cheaper to replace firewood with electric cooking, or even more so for charcoal, and that is the key point. Unfortunately that seems unlikely to be enough on its own.


[1] The Clean Development Mechanism, defined in the 2007 Kyoto protocol, has been one such scheme, created with the intention of providing wealthier but high carbon economies with a means to reduce emissions by supporting low carbon initiatives outside their own borders, particularly where this would be more cost-effective.
[2] Drax uses imported wood pellets from sustainable sources, although this claim is sometimes disputed.
[3] 1.0 tonnes of carbon translates to 3.67 tonnes of CO2
[4] The EU emissions price is currently around 25-30 euros per tonne, after many years languishing in single figures, according to Sandbag data
[5] If this were so then LPG might be considered as a “second best” option, for a transitional period, if it were demonstrably capable of more rapid deployment.
[6] One of the notorious weaknesses of cost benefit analysis is that it struggles with non-monetised or only partially monetised activities and economies. This is often particularly relevant to matters affecting the role of women in certain societies..
Posted by John Rhys at 4:54 PM