Many people will be disappointed at the lack of success for the parties most committed, at least in their manifestos, to action on climate change. There have been close associations in right-wing economics and politics between Brexit-support, free market fundamentalism and ideologically driven climate science denial,. This is exemplified by politicians such as Lawson, Redwood, Trump and Rees Mogg, as well as bodies such as the Institute for Economic Affairs and the “Economists for Brexit”. Many will fear for the future of a rational approach to climate issues.  But in reality the difference in outcomes, though significant, could be less profound. 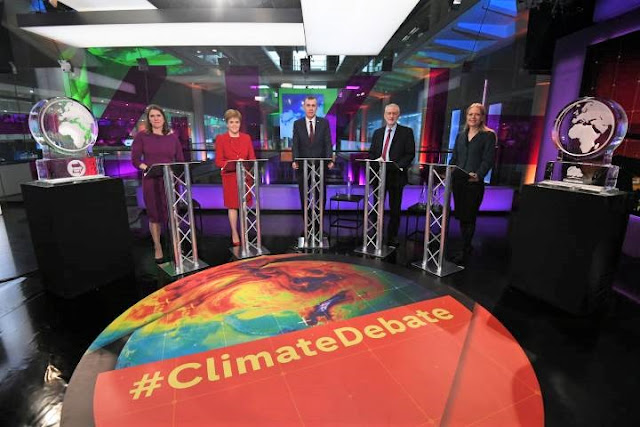 The starting point will be policies for trade.

Climate issues, although seen as the major challenge of our time by most people, barely featured in the election campaign. For the Tories, the issue would have led back directly to trade and Trump, and for Labour, similarly, to the Brexit debate. These were subjects that the main parties, for different reasons, were desperate to avoid. But the links between trade and climate will in due course become very strong. So I make no apologies for deviating briefly from my core themes of energy policy and climate, and addressing the politics of trade policy. I believe these connections will feature increasingly in international negotiations over both trade issues and emissions targets.

The central issue for a Tory party interested in its own long term prospects, and living up to the promises made to its new constituencies in the North of England, returns once again to the nature of the UK’s relationship with Europe. The rational analysis initially assumed by most commentators was that three main pressures would operate work to keep the UK close to the EU on trade - ie minimal divergence from single market and customs union.

These were that:
·         major shifts in relations with the EU would provide further ammunition to the SNP arguments for an independent Scotland
·         that similar concerns would arise in relation to Northern Ireland, with the added complications of the border in the Irish Sea, the commitments of the Good Friday Agreement, and continuing security dangers
·       economic concern to minimise short and medium term damage to the economy which, as well hitting Northern industrial towns particularly hard, could compromise government finances, and its ability to pay for NHS funding, infrastructure, and regeneration policies implicit or explicit in the campaign

The danger of regression to climate science denial, never too far away with the more intellectually challenged elements of the Cabinet, is of course present if the government wants a trade deal with the Trump administration, but climate issues are more likely to push us closer to Europe both diplomatically and, ultimately, on trade.  Major deals with the US are unlikely. For various reasons, such as the fact that many of our demands would have to be negotiated state by state, they have little or nothing attractive to offer us in return, while their demands on pharma and agriculture should be deeply unattractive to any British government.

Although current headlines suggest that the government may be set on an extreme “hard” no-deal Brexit, Martin Sandbu has pointed out that, based on past experience, we might expect some “creativity”, not to say pretence, as we move through 2020. “In 2019, Johnson declared victory by conceding more than May while claiming he had not.” (FT, 19th December 2019, The End of the Beginning for Brexit.)

We might expect more of the same, the illusion of as “taking back control” while avoiding the economic disruptions that will carry a high political cost, rejection of a formal extension of the transition period in which nothing changes, while still making sure that in reality nothing does change. One option floated by Sandbu is “… a trade treaty with two parts: a bare-bones trade agreement that avoids any tariffs or quotas, plus a “placeholder” agreement that says negotiations will continue on more ambitious trade relations and keeps everything (including the UK’s financial and legal obligations to the EU) more or less the same for as long as those talks continue.” In other words another pretence.

Meanwhile climate issues are not going to disappear, with a steady stream of temperature records and more volatile weather patterns, like those we have seen most recently in Australia. The issues will become more and more important for younger voters, upon whom future governments will increasingly depend, and where the current government has polled particularly badly.
Posted by John Rhys at 4:37 PM